We recently demonstrated that the hepatocyte-specific inactivation of HP1 proteins in mice lead to to tumour development in most animals. We further showed that the loss of HP1 was associated with the loss of most heterochromatin hallmarks, with altered expression of many genes known to be essential for liver homeostasis and with reactivation of specific retrotransposons. Our present projects are now aimed at understanding the inter-relationship between all these events underlying the anti-tumorigenic function of HP1 proteins in liver in order to be able to propose therapeutic strategies based on these observations. Through the analysis of the different animal and cellular models lacking one or several members of the HP1 family that we have established in the lab, we are particularly interested in analyzing the impact of heterochromatin on the three dimensional organization of the nucleus, on the expression and replication of the genome with a special focus on putative mutagenic sequences such as the retrotransposons. 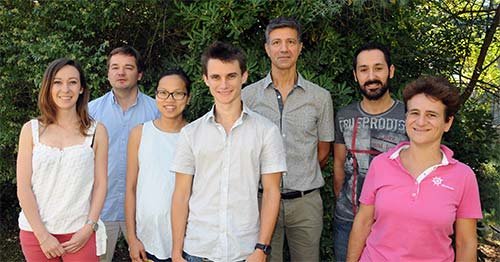