Our laboratory studies molecular mechanisms contributing to aging and carcinogenesis. More specifically, we are interested in new regulatory mechanisms of the p53 pathway, a tumor suppressor pathway that plays essential roles in carcinogenesis as well as in several human developmental syndromes. The p53 transcription factor controls an efficient safeguard mechanism by regulating DNA repair, cell cycle progression, cell death or senescence. Interestingly, its tumor suppressive functions have been more recently extended to the control of cellular metabolism. In the past years, our laboratory identified atypical functions of several key components of the p53 pathway (p53, E4F1 and MDM2) in cellular metabolism and demonstrated that the role of this pathway in metabolism extends beyond those regulated by p53 itself. Furthermore, we showed that perturbations of these metabolic networks impinge on several biological processes related to cancer progression such as cellular senescence and cell invasion, and found that some of these metabolic activities represent promising targets for new anti-cancer strategies. Unexpectedly, we also connected E4F1-, MDM2- and p53-associated metabolic networks to normal tissue homeostasis, obesity, insulino resistance, and muscular endurance. Finally, mutations in the E4F1 gene have been linked to the Leigh syndrome, a severe inborn metabolic syndrome commonly associated with mitochondrial deficiencies, further illustrating the role of this pathway in metabolism. To understand the role of these metabolic networks and the mechanisms by which their perturbation contribute to human diseases, we use a combination of state-of-the-art genetic, metabolomic, transcriptomic and computational biology approaches. We expect that our integrated approach will lead to the development of new therapeutic strategies for aging and cancer. 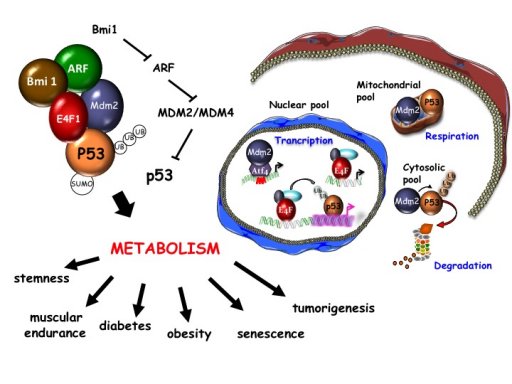 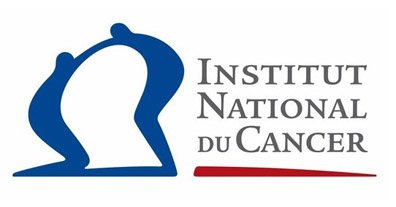 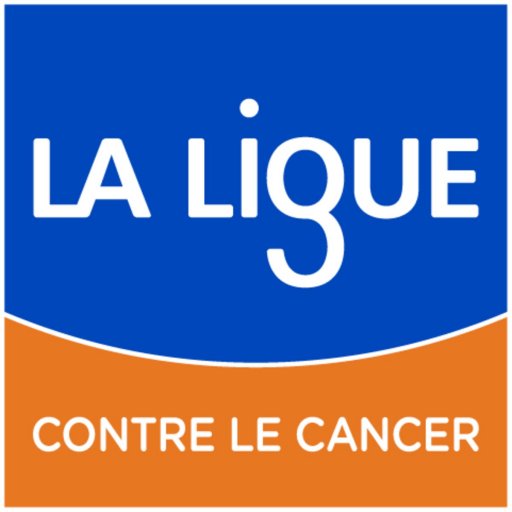